First, let’s see the temperature difference between the two cities: 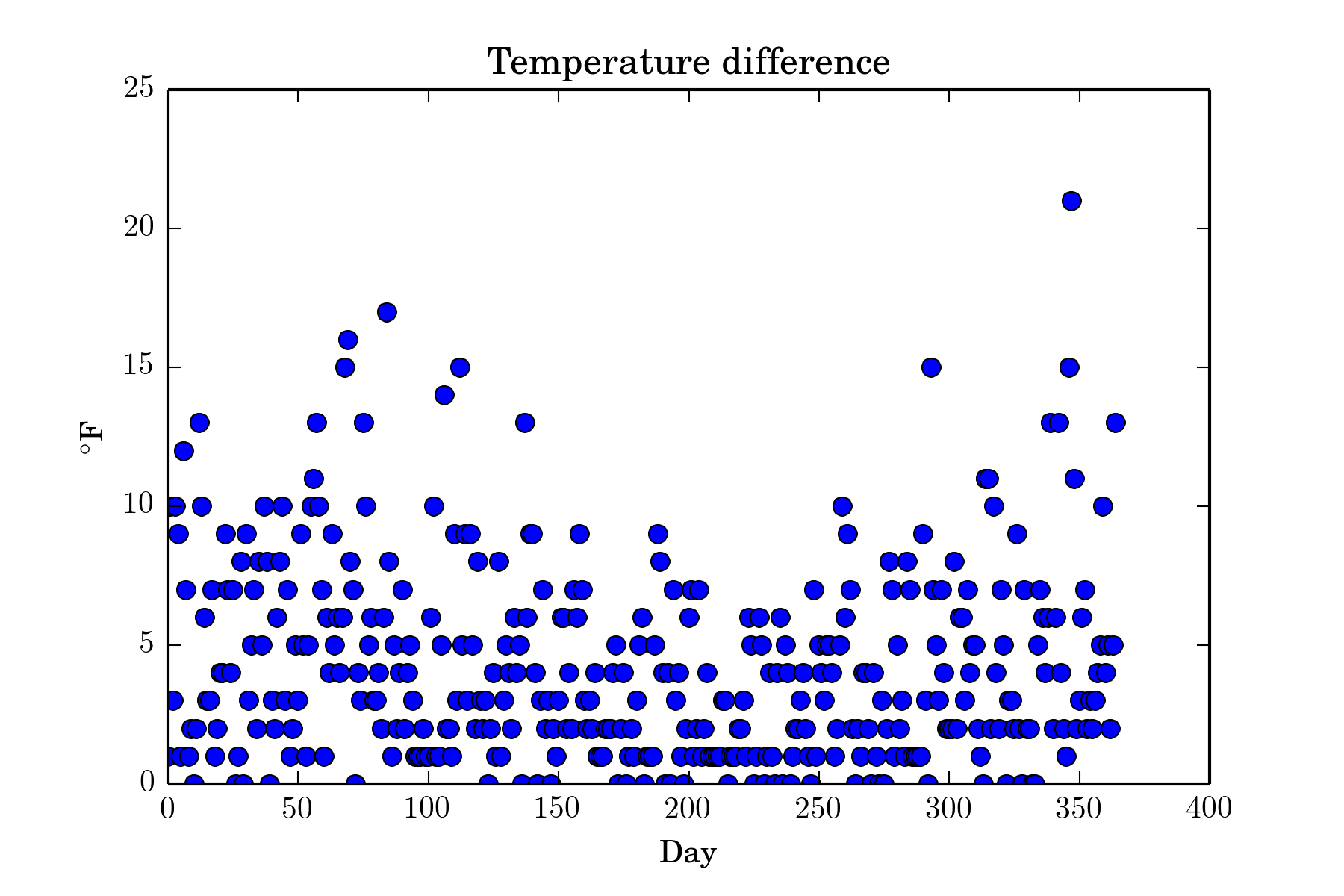 Let’s say we’re collecting the data accurately and are free from the effects of noise. So, let’s gather the data. In this, we’re estimating $X$ from $Y$. The mean temperature difference, or in math terms, $\E{\left|X-Y\right|} = 4.26^\circ$ ($\E{\cdot}$ is an operator that finds the mean).

We’re going to a linear estimation process. This process only takes in information data about the current data and nothing about the general trend of the seasons. This process just says that the temperature in Minneapolis is 80% of the temp in Madison plus some constant; fairly simple. Regardless, it’s still pretty good as Madison and Minneapolis are fairly similar for temperature. The only thing this estimation requires is some past weather data in Minneapolis to predict the mean $\E{X}$ and variance $\propto \E{X^2}$ nothing more.

We want to minimize the energy of the error, using the $l_2$ norm. This choice may seem arbitrary, and it kind of is. If this data were sparse (aka lots of zeros), we might want to use the $l_1$ or $l_0$ norms. But if we’re trying to minimize cost spent, the $l_0$ or $l_1$ norms don’t do as good of a job minimizing the amount of dollars spent.

But doing the math,

Since this function is concave (or U-shaped) and $\E{\cdot}$ a linear function, we can minimize it using derivates on each term.

This linear system of equations is described by $Ax = b$ or

On average, the temperature in Minneapolis 92.9% of Madison’s, plus 3 degrees. Let’s see how good our results are using this $\alpha$ and $\beta$. The temperature difference between the two cities, but predicting one off the other is shown below: 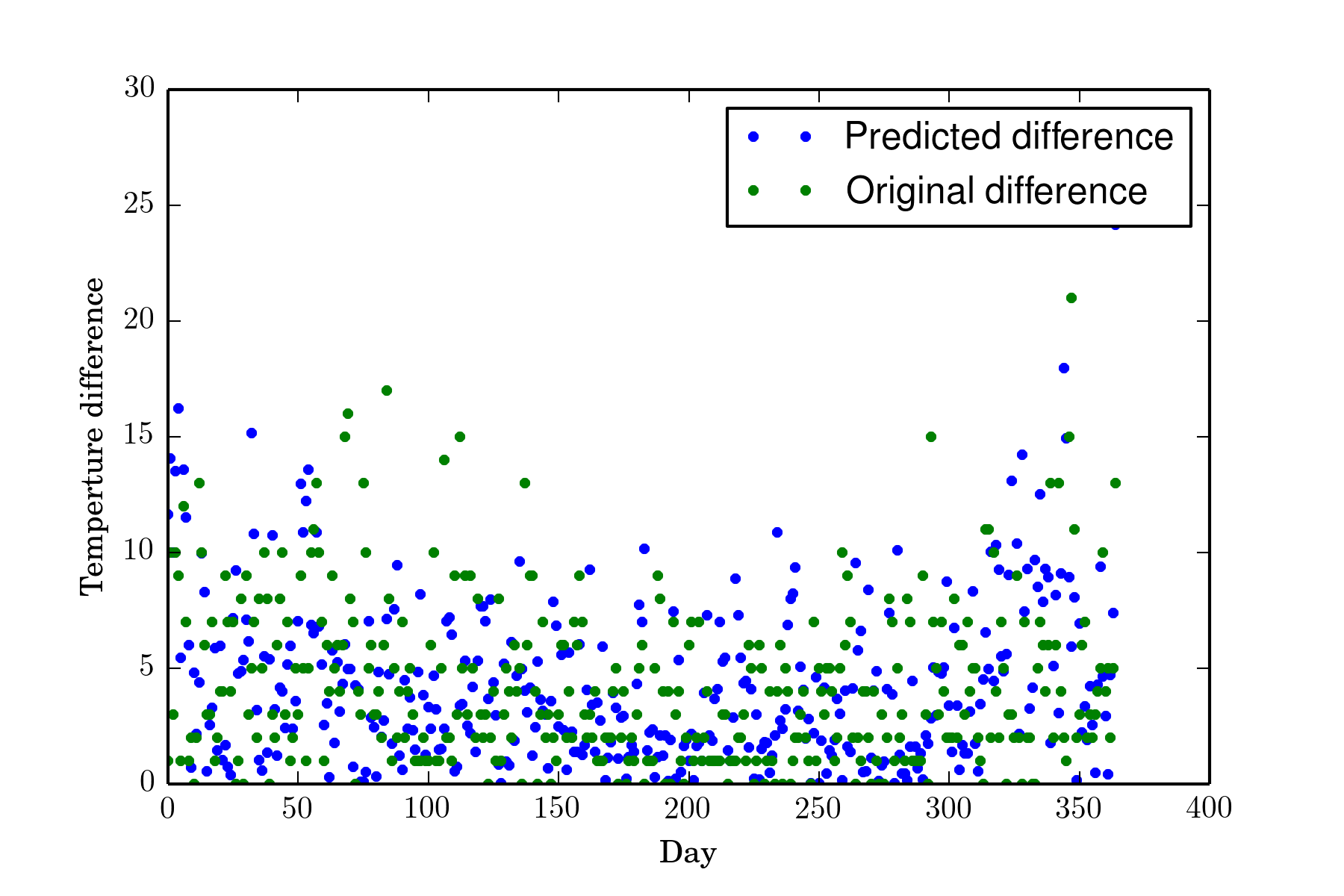