We’ve spent so long focusing on generating uniform random variables they must be useful. That is, computers try to generate

which is a random number between 0 and 1 with equal probability of any number happening. It is exactly the variable that has received so much attention and has seen many algorithms developed to generate this variable. We’ve developed pseudo-random number generators for this and it’s what rand implements in many programming languages.

Then, let’s define our variable to be the inverse of the CDF we’d like, $F(x)$.

To generate this random variable, we would define

The following Python generates that random variable, and tests against theory.

And we can view the results with a histogram: 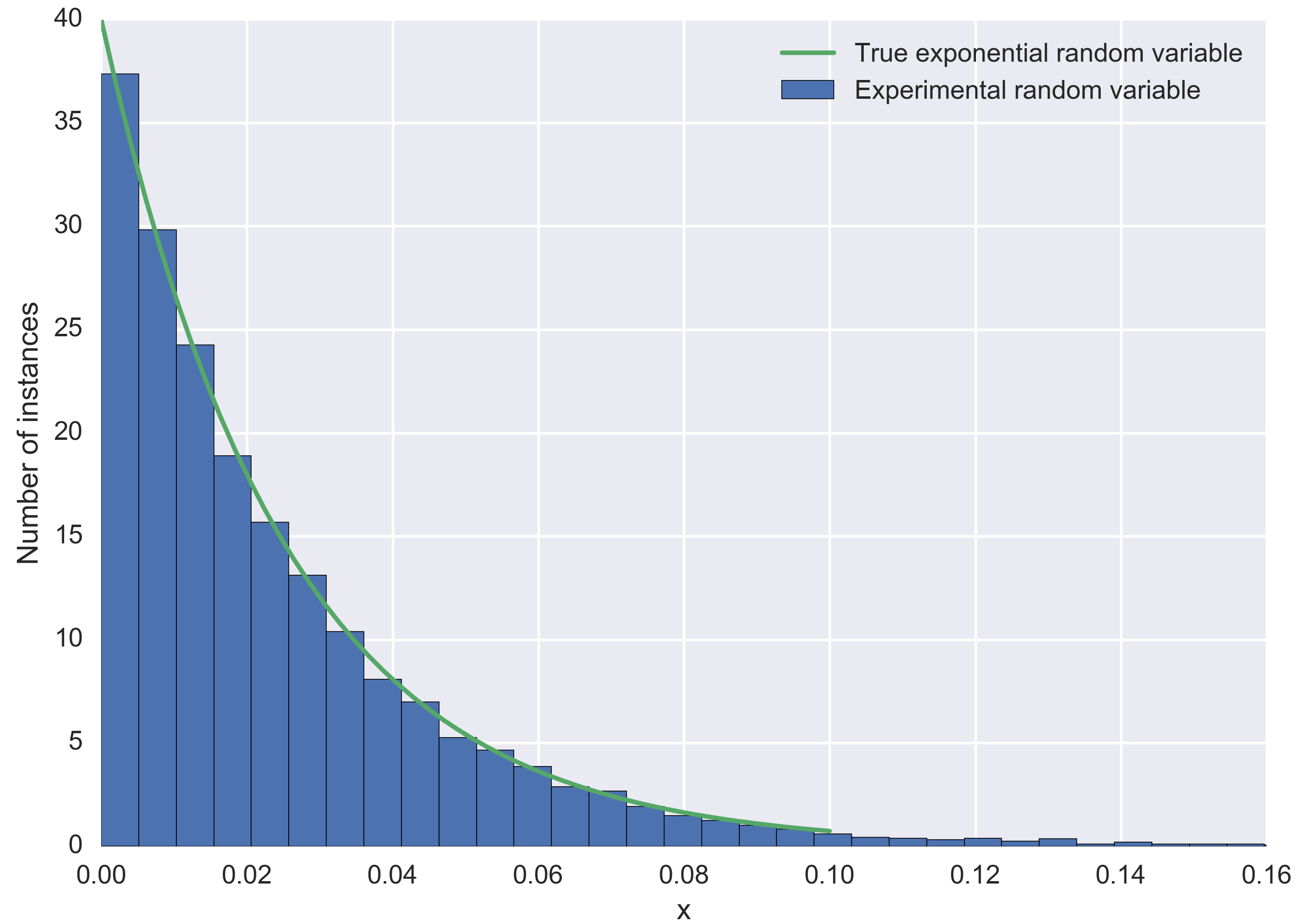 A quick check at np.random yields that they generate random variables the same way.