How might two people communicate without others even knowing they’re communicating? They could be communicating to harm some entity and are being observed by that entity.1 Because of this, they want to send a message that others can’t even detect if it’s present.

What method can we use to talk/communicate without others even knowing we’re talking? The first and most obvious approach is to use the least significant bit to encode your message. That is, this method will take an image and hide message in the least significant of the 8 bits in an image. This process is best shown with an image:

This hardly changes the value of the pixel color, and it can encode a message (if given enough pixels). The code to do this approach would be

This method can even be made secure: both the communicator and receiver can randomly shuffle their image in the same way using a key they both know (i.e., with np.random.seed(key)). This makes it an attractive method, especially if communicating something you’d like to remain secret and know you’re being watched.

This method succeeds, at least by visual inspection. By looking at the images, it’s impossible to tell if a message has been sent.

However, this method fails by more rigorous testing. If we plot a histogram of the results, we can see an strange pattern occurring on the odd/even values: 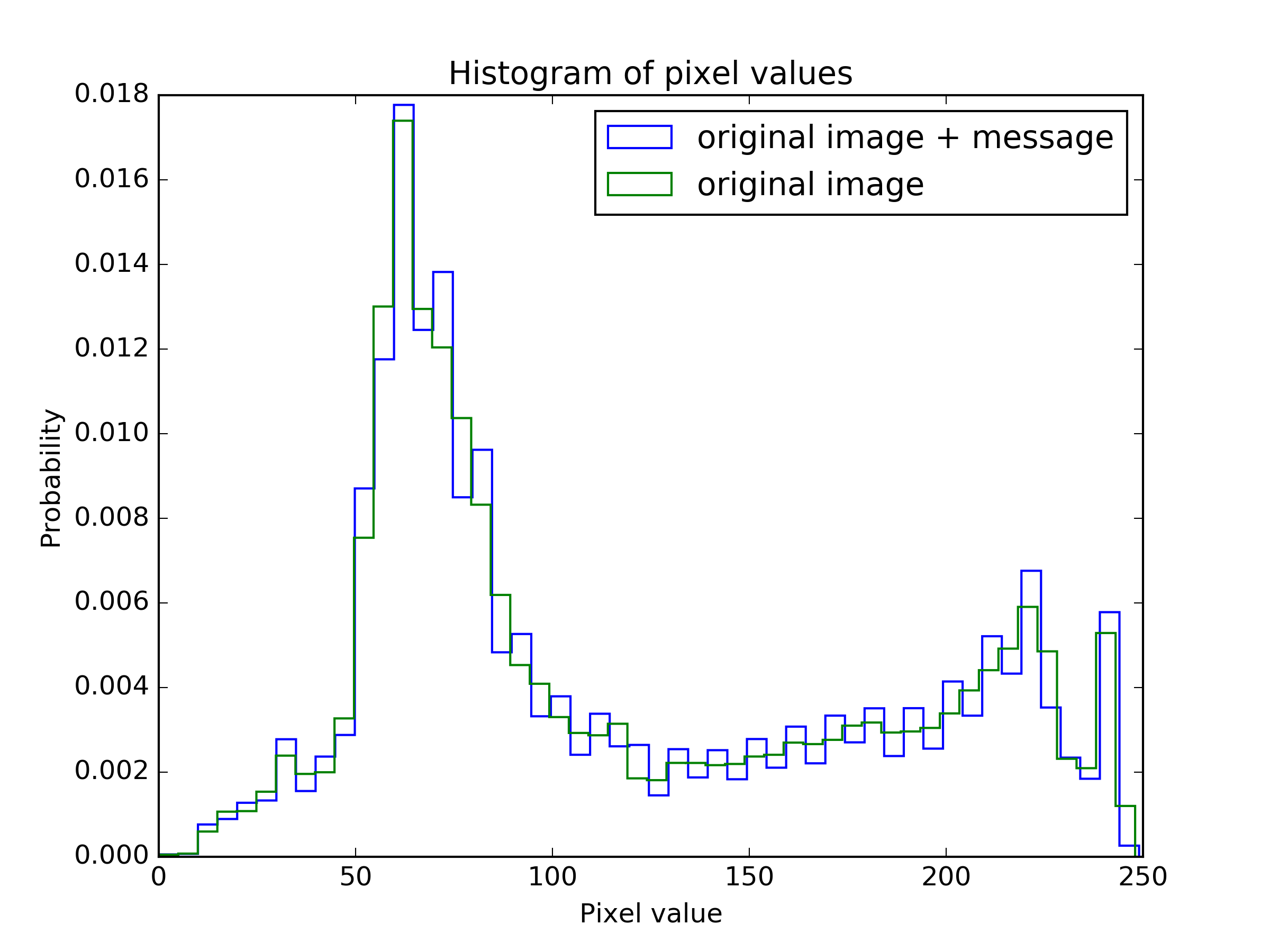 Instead of the least significant bit method, let’s hide our message along the edges of an image. This is where the values are quickly changing; flipping a bit will be a small change in a much larger change. This means that we’ll certainly be able to hide a smaller image; we can only hide near the edges. Earlier, we made no restrictions on where we could hide the message.

When I first implemented this, I didn’t find the support of each term and instead changed the value of coefficients larger than some threshold. Regardless, plotting the histograms shows us that if we change values near the edges, our message is better hidden in the histogram: 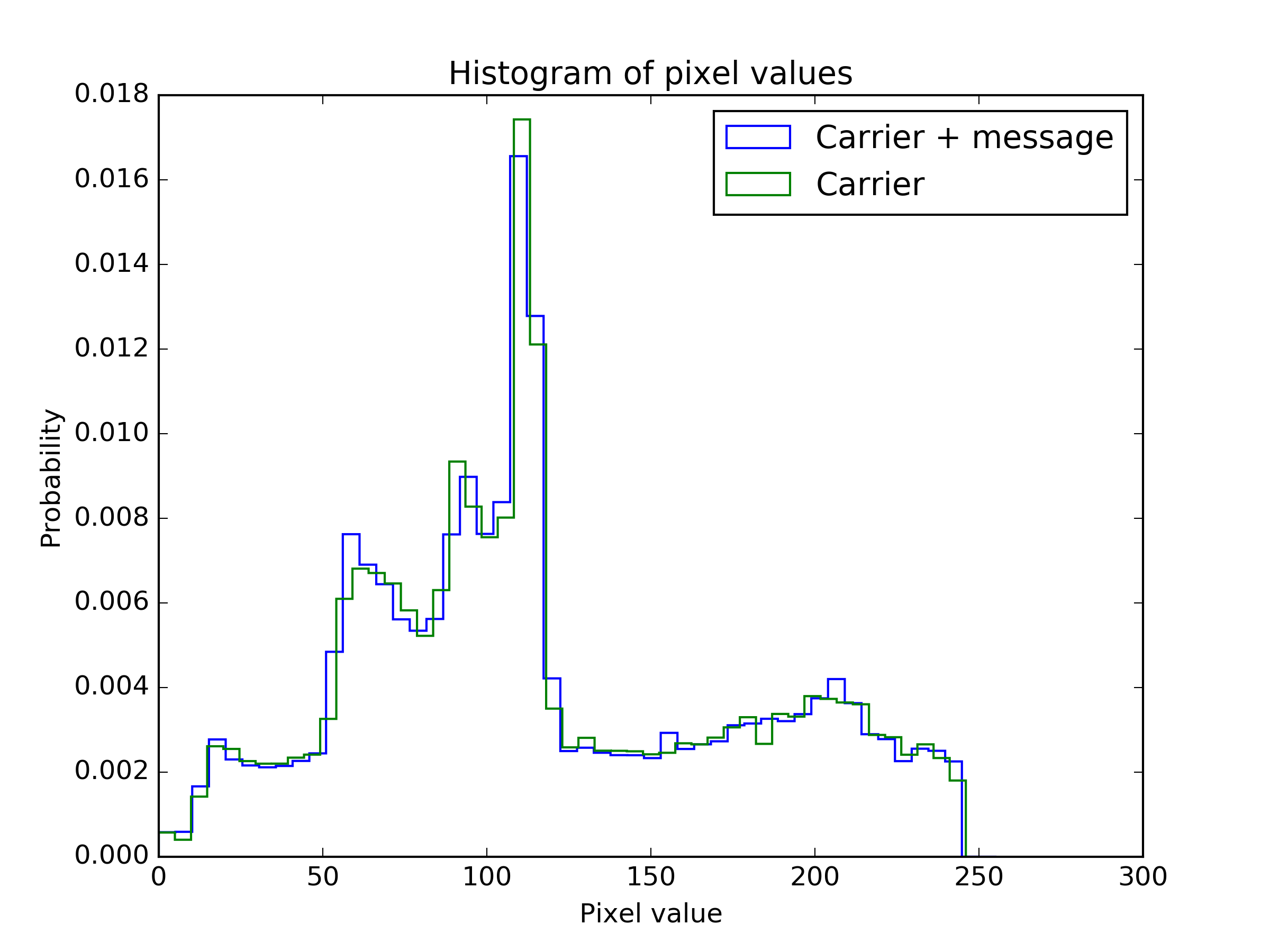 To detect data hiding methods like hide the fact that two parties are communicating, agencies that intercept these communications might try a suite of commonly used methods to decode the message.