I write my Jekyll blog in Markdown with Vim. I often include LaTeX equations (via MathJax) in my posts and/or Liquid tags like {% include %}. MathJax equations and Liquid tags aren’t included in tpope/vim-markdown which meant that the LaTeX can mess with the syntax highlighting, as illustrated by the image below. I’ll describe a quick fix for this, resulting in the image on the right. 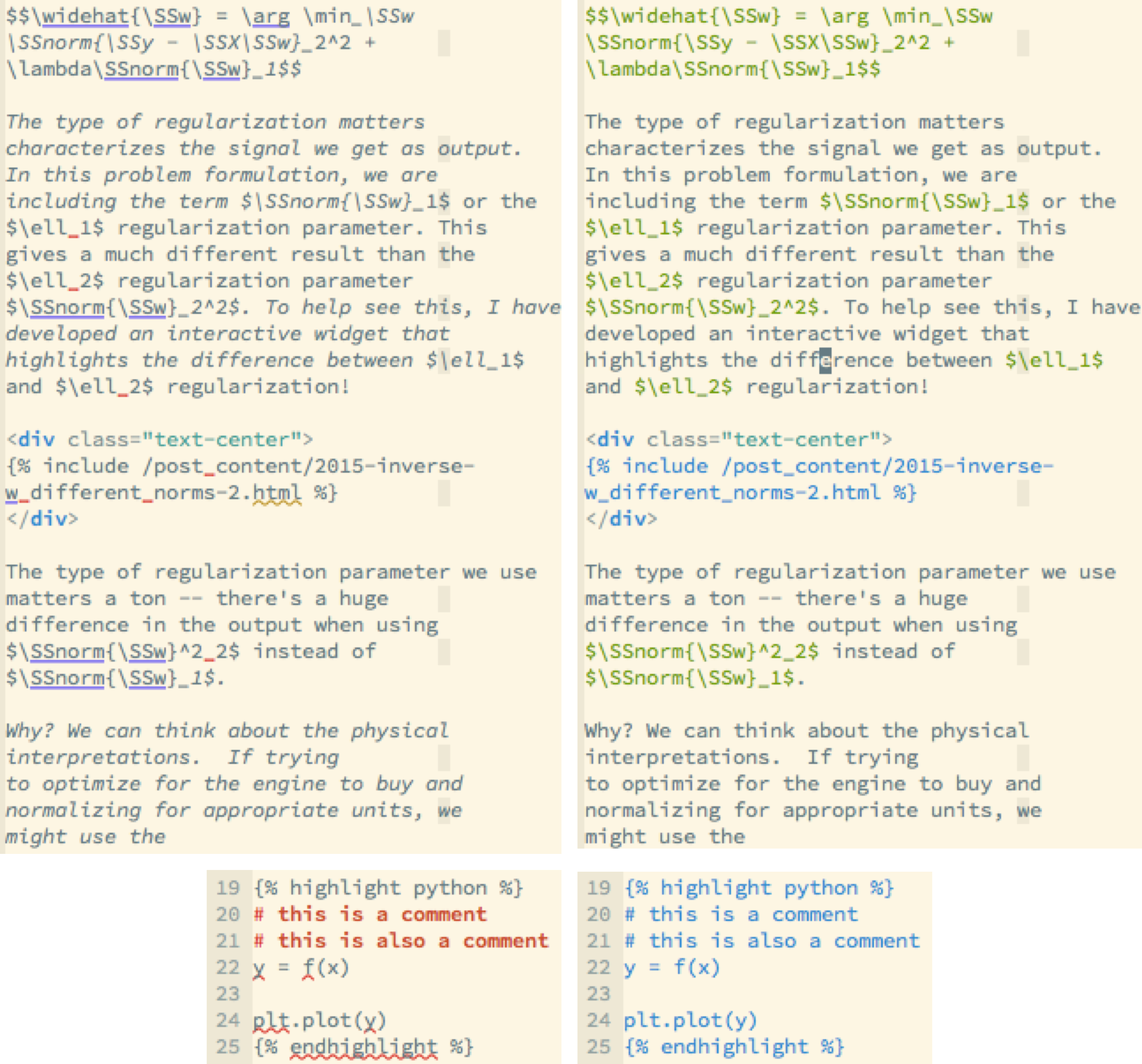 A lot is wrong in the image on the left: LaTeX commands are misinterpreted as misspelled words and entire paragraphs get incorrectly italicized.

To highlight the MathJax equations, I included these lines in my .vimrc. I set them up to only run when a Markdown file opens.

I put this in my .vimrc. I tried to include helpful comments, but I can summarize the steps:

When I first wrote this post, I modified my Jekyll’s _config.yml file to include “GitHub Flavored Markdown” for my Markdown parser, kramdown. This isn’t necessary for nice highlighting but it’s still nice (mostly for fenced code blocks).

To tell kramdown to use GitHub flavored markdown, I included the following lines in my _config.yml:

If you use a 80-character line wrap like I do, hard_wrap is necessary to prevent kramdown putting <br> tags where ever it sees a line break in the file.

The method above worked for me; it provided basic functionality of what I needed. Of course, there are other methods to achieve similar functionality: